LiveXLive Media and STIRR, a free, ad-supported streaming service, announced that LiveXLive will produce a slate of original programming for a new music channel set to launch on STIRR later this month.

In addition to content produced exclusively for STIRR, the co-branded 24/7 channel will livestream tentpole music events such as festivals, awards shows, concerts, and album release parties. The channel will also feature LiveZone, LiveXLive’s traveling music news show, which STIRR will sponsor at key events throughout the year.

“We are excited to continue to evolve our relationship with STIRR,” said Dermot McCormack, president, LiveXLive. “Once again delivering on our promise of connecting fans, bands, and brands, the LiveXLive music channel on STIRR will bring a completely new music experience to consumers while creating a new opportunity for advertisers. This deal also supports our goal to add to our slate of LiveXLive original IP and acquire new audiences across platforms.”

The LiveXLive music channel on STIRR is the third major announcement from the two companies in less than a year. In August, LiveXLive partnered with STIRR to create the STIRR Music Series, a livestreamed series of 12 music events across the globe. The two companies first joined forces in May 2019, with a live stream of EDC Las Vegas on the LiveXLive music pop-up channel. Viewership for the series grew throughout the year as fans watched an average of one hour and 16 minutes each time they tuned in.

“Music lovers across the country responded with such enthusiasm to our first partnership with LiveXLive and it is abundantly clear that there is a huge appetite for this type of content,” said Adam Ware, General Manager of STIRR. “Live and local programming is at the foundation of STIRR. This partnership will enhance our efforts to provide exciting, live premium content to our viewers. We are looking forward to expanding our work with LiveXLive.”

LiveXLive has live streaming rights for more than 1,500 music festivals and events through exclusive, multi-year partnership agreements with the world’s most prominent music content providers, including iHeartMedia, Rock in Rio, and the Montreux Jazz Festival. In its last fiscal year, the company livestreamed premier music festivals from all over the globe, adding more than 300 hours of live performances featuring more than 300 artists to a content library that will be harvested for the launch of digital and linear channels. 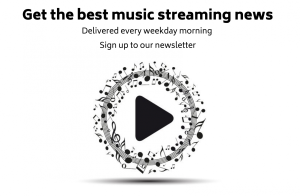