Blockchain and the Future of Music Distribution — www.electronicdesign.com
The Volareo smart speaker supports open source to integrate with blockchain streaming platforms that brings freedom and fairness to the music industry.

Sony announced an all new music experience called “360 Reality Audio” that makes listeners feel as if they are immersed in sound from all directions. The new experience is delivered by Sony’s object-based spatial audio technology and was announced at CES 2019 in Las Vegas.

Should I distribute my music in Asia? — routenote.com
You can distribute your music for free to all of the major streaming services in the world. This includes the incredibly popular services in Asia’s emerging markets, here’s why you shouldn’t be keeping your music from the Eastern world.

How YouTube’s Domination of Streaming Clips the Market’s Wings — musicindustryblog.wordpress.com

SiriusXM: On The Cutting Edge Of In-Vehicle Commerce — www.rbr.com

Late last year, new albums by Queen Carter and Sister Solana appeared on Spotify and Apple Music. But instead of being the surprise releases by Beyonce and SZA that fans believed they were, both turned out to be illegally uploaded rough mixes and stolen tracks.

Moving to the music — www.bworldonline.com

It is a universally acknowledged truth that when January rolls in, gym membership spikes with many people trying to fulfill their “new year, new me” resolutions or to simply burn away all those holiday calories.

Vinyl lives: As streaming music grows, so too do records — www.post-gazette.com

The revived interest in records has led to a decade of continued growth.

Here we look at some fascinating new data from market analyst BuzzAngle, revealing some interesting trends in America’s music consumption habits. One thing at least is clear: hip hop reigns supreme when it comes to streaming, this year accounting for a quarter of all plays. 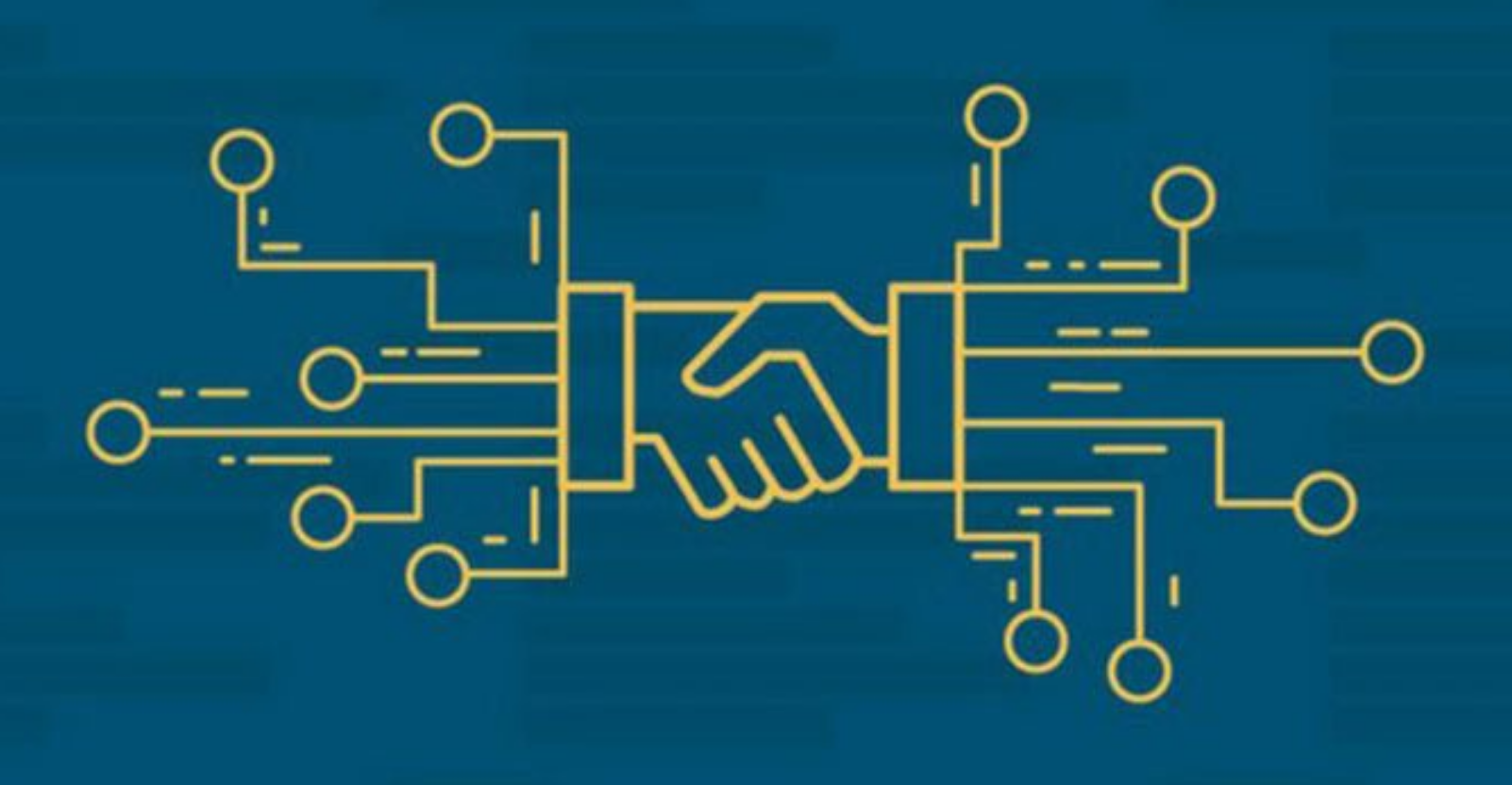 Are Smart Contracts Smart Enough For The Music Industry?
Smart contracts promise to automate music rights management and cut down on legal disputes between artists, record labels, and others. But the complexity of the industry is a big challenge for adoption.

Spotify Launches Integration With Google Maps — www.billboard.com
Spotify announced on Monday (Oct. 1) that it will be integrating with Google Maps to provide music listeners as they go along their journeys.

Fan Powered Music has launched a free fan driven streaming service and gaming hub with a catalog of 6000+ tracks from independent musicians. The mix of music and games offers a unique way for artists to communicate with and engage fans.

Founded in 2008 in San Francisco, Airbnb has gone from three air mattresses and broke roommates to a company valued at more than $30 billion. Having changed the way people travel, which led to a massive revolution in the hospitality industry, Airbnb is now trying to make its move to enter the live music space.

How Does Spotify Know You So Well? — medium.com
This Monday — just like every Monday before it — over 100 million Spotify users found a fresh new playlist waiting for them called Discover Weekly. It’s a custom mixtape of 30 songs they’ve never…

Gillian Welch’s ‘Everything Is Free’: The Story of a Modern Classic — www.rollingstone.com

Originally written in the Napster era, Welch’s song has been embraced this year by a new generation of artists including Father John Misty, Courtney Barnett and Phoebe Bridgers.

Bittorrent Traffic Suddenly Rising In Traffic Share Thanks To Streaming Fragmentation — www.hypebot.com
For a long time it looked as though the popularity of legal streaming services would be able to curb online piracy, but as streaming offerings continue to diversify, and more of the services continue to release their own original programming, the a la carte option of Bittorrent has seen a…

What Can Blockchain Do For Music? — medium.com
This is the current reality for the creatives who are looking to make a living with music: it is extremely difficult to make even a modest living in the industry. Every time when someone presses the…

Music Messenger has been working on developing a blockchain-based alternative to Spotify. What Music Messenger proposes is that users will pay for Music Messenger Tokens (MMT) or earn them by listening to ads. Their wallet will then pay out a fraction of a cent per song to stream from decentralized storage across the network, with artists receiving 90 percent — compared to roughly 50 percent on the leading streaming apps. The rest goes to compensating whomever is hosting or streaming that audio track or file. END_OF_DOCUMENT_TOKEN_TO_BE_REPLACED

New Study Shows Close Relationship Between Social Media & Music — www.billboard.com
A new study released today (Aug. 6) found that nine out of 10 social media users do a music-related activity within the framework of an app, according to data compiled by research and analysis firm MusicWatch.

Audius wants to cut the middlemen out of music streaming so artists get paid their fair share. Coming out of stealth today led by serial entrepreneur and DJ Ranidu Lankage, Audius is building a blockchain-based alternative to Spotify or SoundCloud.

How Much Money Will That Playlist Placement Make Me? — www.hypebot.com

Accurately assessing just how much revenue you’ll be able to pull down from a playlist placement can be difficult to determine, but with some careful analysis, Chris Robley at least shows us how to make an educated guess.

Can Streaming Platforms Succeed In Music Publishing and Licensing? — medium.com
Streaming platforms have irreversibly changed the music distribution landscape, now accounting for the largest growth segment in the recorded music industry. Spotify, the biggest player in this area…

A.R. Rahman to Host Amazon Series on Indian Music — www.billboard.com
‘Harmony With A.R. Rahman’ marks the Oscar-winning composer’s debut as a host in a non-fiction series.

TuneIn and CUMULUS MEDIA have signed an agreement that will bring all 441 of CUMULUS MEDIA’S owned-and-operated stations across 90 U.S. markets to the TuneIn platform as well as distribution of the podcasts from Westwood One Podcast Network.

eMusic has announced a $70M token sale to build a decentralized music distribution and royalty management system. eMusic is planning a public pre-sale for its eMusic utility token (EMU) beginning in September 2018 with a token generation event (TGE) immediately following.

“For two decades, eMusic has been a champion of independent artists and their fans. However, today’s supply chain for music is broken. While streaming has made it possible for anyone to listen to virtually any song ever recorded at any time, its underlying economics are financially crippling to the most vital piece of the music ecosystem — artists,” said Tamir Koch, CEO of eMusic. “And on the other side of the supply chain, service providers are losing billions and struggling to stay alive. Most fans don’t realize that this is an unsustainable future with fewer artists and fewer providers.” END_OF_DOCUMENT_TOKEN_TO_BE_REPLACED

Blockchain Aims To Be The Biggest Stage For Empowering Music Artists — www.forbes.com
In the music industry, blockchain can change how artists connect with fans. But, how can blockchain-based tokenization can help Indie-artists artists unlock new financing opportunities and strengthen bonds with their biggest, most loyal fans?

A Tidal wave of trust or dis-trust in data? — medium.com
So you’ve probably been reading about Tidal the last couple of days. How a Norwegian newspaper has published a story claiming that Tidals streaming numbers don’t add up.

Facebook is basically worthless to professional musicians, and that’s okay — medium.com
There’s a common refrain I hear among managers, agents, artists, publicists, talent buyers, producers, and well… literally everyone else connected to music. It goes like this, “Well, Artist Name Here…

The Long, Checkered History Of YouTube's Attempt To Launch A Music Service — www.tubefilter.com
YouTube has made several attempts to launch a dedicated music service. Here’s a rundown of what the video site has done so far.

Why Kendrick Lamar's Attempt to Stop Spotify's Hateful Conduct Policy Is So Dangerous — www.complex.com
As one of the most visible figures in rap, Kendrick is using his power to influence Spotify, which had previously removed the polarizing XXXTentacion from its promoted playlists for "hateful conduct."

Spotify Is Booming, But What Are We Sacrificing For Streaming? — www.digitaltrends.com

Spotify and streaming services like Apple Music are taking over. But are we losing something valuable as we shift to on-demand music?

What is the travel time of music? — medium.com
We’re living in a digital world and therefore information and music travels faster than ever before. It’s never been easier to release your music and let people from all over the world listen to it…

What the Music Biz Loves About Its Future: Live Streaming — thebridgebk.com
At a Brooklyn conference, industry experts sing the praises of a technology that could help save the business

Pitbull believes in Blockchain — medium.com
It’s going down, he’s yelling… “Blockchain”? Pitbull is the latest in a stream of artists invested in how Blockchain can be used to address issues in the music industry. This month Pitbull is…

YouTube Music arrives late to the party with room for improvement — www.engadget.com
A massive number of people use YouTube not just for videos, but as a de facto music-streaming service, not unlike Spotify. YouTube is well aware of this, wh…

Sean Parker on Napster, Spotify, and His Federal Tax Law Triumph — fortune.com
The early Spotify investor Sean Parker has sat with for a Q&A with Fortune.

Pandora this morning announced it has closed on its acquisition of AdsWizz, the digital audio ad technology company whose products will be used to upgrade the streaming service’s own ad tech capabilities in the months ahead.

Hands on with Apple HomePod stereo pairing and AirPlay 2 — mashable.com
As part of iOS 11.4, Apple’s finally letting users pair two HomePods together in stereo mode and stream music to multiple rooms via AirPlay 2.

Spotify Has Made A Songs Of The Summer Playlist For You To Argue Over — junkee.com
If you’re trying to pre-emptively guess this year’s songs of the summer, it might be worth taking a look at Spotify’s shortlist.