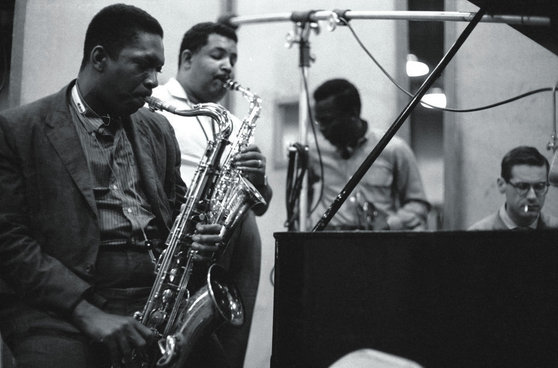 This problem is more than theoretical. It is the immediate dilemma facing artists, and it has an inordinate impact on jazz, soul, classical, blues and other similar genres with older audiences.

Some artists are leaving the industry, some are changing their music to appeal to younger ears, and thousands of others have decided not to release any new music because they simply can’t make money recording anymore.

Information Is Power: Why the Music Business Is Still Broken For Artists, And How to Fix It — www.billboard.com
The music industry may have regained its financial footing thanks to streaming. But there’s still a lot broken in the business, and it stems from one fundamental problem.

Spotify’s first hardware device might be this music player for your car — www.theverge.com
Back in February, some Spotify users received a notification about an upcoming in-car device that supports voice commands.

How to Find New Music You'll Actually Like — lifehacker.com

Some people can dig up great music like magic, or have friends inside the industry who keep them updated. Some people are contented with their weekly Spotify Discover playlist. But if you need more ways to find music, here are 50 ideas.

Licensing and Publishing / Genius Stories — medium.com
Genius and YouTube have joined to launch Song Stories, an audiovisual, interactive experience for fans to interact more deeply with music by their favorite artists.

This new digital music platform at Carnegie Library will spotlight Pittsburgh music — theincline.com
It’s a collaboration with a Pittsburgh company.

Spotify CEO Daniel Ek: Once the Music Industry’s Slayer, Now Its Savior — www.wsj.com
As Spotify is about to go public, CEO Daniel Ek faces the daunting task of making his company profitable while fending off streaming competition from tech giants such as Apple, Alphabet’s Google and Amazon.com.

Sonos Gets Ready for an IPO — variety.com
Connected-speaker maker Sonos is looking to fill key legal and accounting roles with people with public company experience.

TuneGO has announced a partnership with Priority Records. The label, responsible for launching the careers of Eazy-E, N.W.A., Dr. Dre, Snoop Dogg and many others, will provide distribution for TuneGO content in the United States and its parent company, Universal Music Group will handle the global market.

Expect the unexpected: The only strategy for continuous availability — www.information-age.com

The digital world has made accessing goods, services and information possible within a matter of seconds. From ordering a pizza to the front door to having a taxi arrive at the tap of a button.

Estelle: Music streaming services should pay artists properly — www.cnbc.com
“The labels and streaming services can fight, but the artists will keep on making music, and they want in on the music, so they would have to figure it out,” Grammy award-winner Estelle said.

MelodyVR to launch its VR music app ‘in the coming weeks’ — musically.com
After a lengthy beta-test period and a succession of licensing deals with music companies, VR music startup MelodyVR is preparing for its commercial launch. 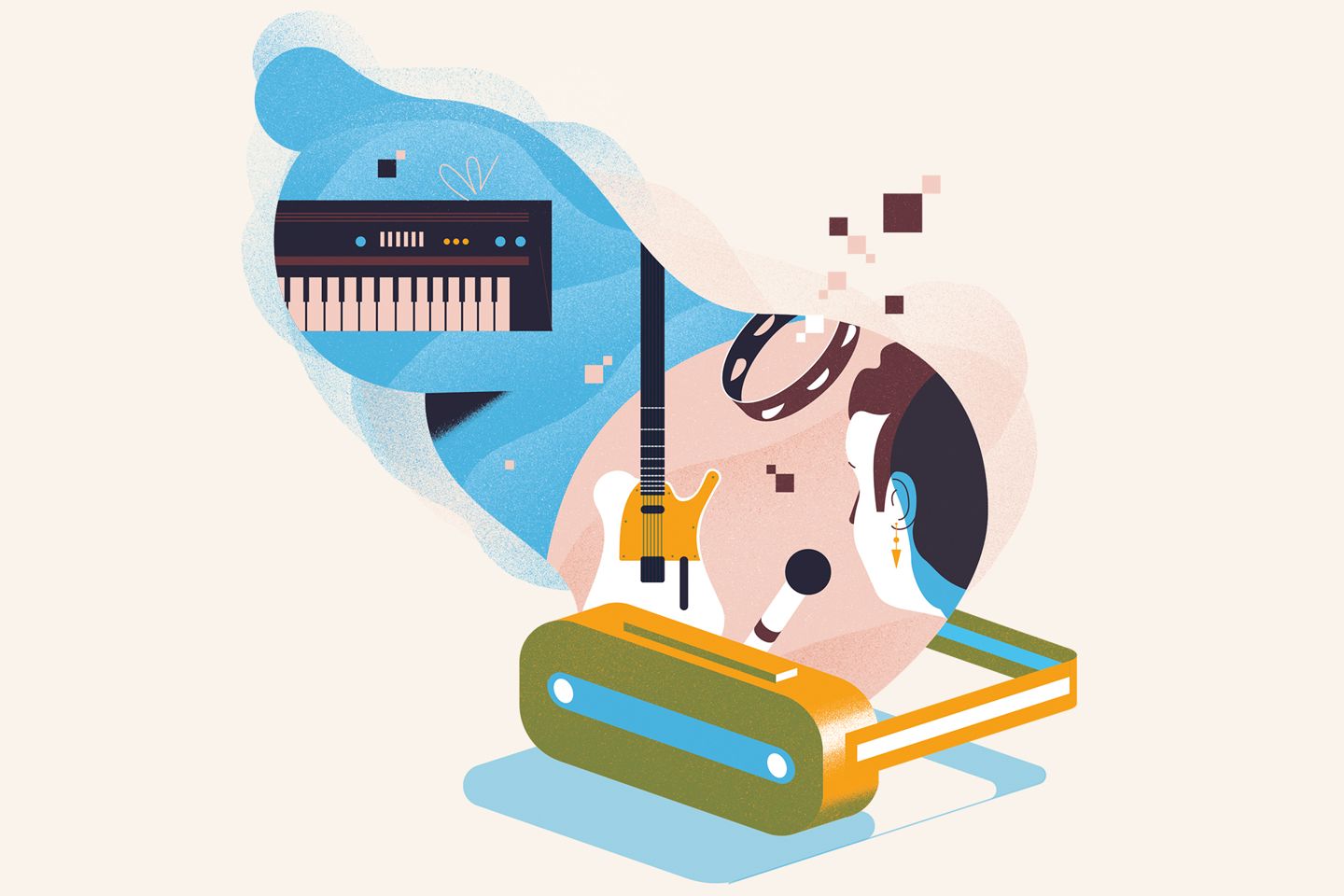 Music in VR Needs its iTunes Moment… and This Could be It
MelodyVR has recorded thousands of hours of music in virtual reality. It’s almost ready to release them to the world

One in Six Americans Own a Smart Speaker, Says Study — www.billboard.com
Smart speaker use is on the rise and a new study from NPR and Edison Research finds 16 percent of Americans own a smart speaker.

SiriusXM Wants to Be More Like a Streaming Service — www.thedrive.com
The new 360L platform adds on-demand shows and more.

8 Exciting Companies Changing The Music Royalty Landscape — www.synchblog.com
In this 2 part series, Hugh McIntyre takes a look at 8 companies making a name for themselves by working in the music royalty space.

Can listening to classical music improve your life? — www.bbc.com
Clemency Burton-Hill explains how she was inspired to write her new book, A Year of Wonder, and why listening can be a powerful act of ‘soul maintenance’.

Are Computers Becoming Better at Composing Music than Humans? — ww2.kqed.org
Artificial intelligence can write sophisticated music now. How good can it get (from a human perspective)?

Under the deal, all Orange contract customers will be able to access the Deezer Premium service with a catalogue of over 43 million songs and the ability to stream ad-free music across all device for EUR 4.99 a month over 12 months instead of the usual price of EUR 9.99.

Spotify Premium Users Report Ads In Playlists — www.hypebot.com
Spotify is adding one minute audio ads to playlists; and even though have only been for Spotify’s own podcasts, so far, some users who pay monthly for ad free listening are not happy.

Next wave of innovation: Virtual reality

Music execs might have been caught off guard by file-sharing and other technological innovations, but the resulting wounds have taught the industry a valuable defensive tactic: Sleep—to paraphrase Napster’s one-time archnemesis Metallica—with one eye open, lest it get blindsided by change yet again.

If virtual reality is going to be as explosive as the experts predict (ballooning to nearly $30 billion in revenue by 2020), the music industry will be ready. Big names like Paul McCartney, U2, Björk, Coldplay, and Deadmau5 are just a few of the artists who have already embraced V.R. in the form of immersive music videos or live concerts that invite fans onstage.

In its quest to stay in the streaming music race, Rhapsody is going virtual. The service said Thursday that it has debuted a virtual reality app, Rhapsody VR, which allows users to watch exclusive live concerts shot right on the stages with performers. The app is available on iOS and Google Play. So far, the app has only a small collection of videos, many sourced from 360-degree footage the company gathered during its SXSW showcase in Austin, Texas, in March.

They include Talib Kweli performing his hit “Get By,” the hip-hop trio Flatbush Zombies performing “Bath Salt” and “Bounce,” as well as number of videos of artists including Eli “Paperboy” Reed, Shannon and the Clams, and the Blind Shake. Rhapsody said exclusive new batches of videos will be added every month.

A few days ago, streaming service Rhapsody announced it was launching a VR app, with the initial content consisting mostly of performances shot at SXSW. The quality of the performances is fairly solid, and while the requirement that all videos be downloaded before being played means that live-streaming shows in the app is still not possible, it’s certainly a pleasant diversion and value add to be able to watch some shows and see what new artists might be like live. But while this venture feels like a fun experiment, it also leads to much bigger questions — namely, is embracing VR the future of music streaming services?

And if services get into the VR game, what does that mean for artists who planned on building and monetizing their own VR content? Can streaming help bring VR to the masses, just like it brought, well, streaming to the masses?

For the first time ever, Coachella leveraged virtual reality as a way for remote attendees to experience live acts from a remote location. While it’s not commonplace for the general population to have VR headsets readily available, Coachella absentees now have this option given they have the appropriate technology. When remote festival attendees use the app, data points such as where users are located, their motion and how long they engaged with the app can be captured for future use.

YouTube also continues to stream music festivals, however this year they announced that they will incorporate a 360 degree view and spatial audio making the experience multi-dimensional. Depending on where the at home audience is “standing,” the sound and view will reflect accordingly by depth, distance and intensity.