CD Baby’s marketing and promotional platform Show.co has found that its new interactive ads get 4x the engagement compared to static ads.

This new offering in the Ad Builder tool lets you create an ad automatically from Spotify, Apple Music, SoundCloud, or YouTube links, making it easy for a busy artist to jump in and get the word out about their latest release or weekly livestream. These ads reach real music fans targeted based on genre interests.

They display on music sites like Billboard, Pitchfork, Paste, and Rolling Stone.

Artists can simply head to show.co, choose Interactive Ads, add a link, choose their genre and basic audience characteristics, and figure out where they want fans to go. The ad is ready to unleash on music-centered sites, including popular media outlets and blogs. Bonus: each stream or view based on the ad’s link contributes to an artist’s income. 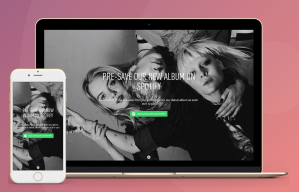 “Ads can get really complicated, so we worked hard to make it as simple and straightforward as possible to create and launch an ad campaign,” says CD Baby’s SVP of Marketing, Kevin Breuner. “We wanted to provide just what artists need, putting their music in front of music fans at the very place and time they’re online searching for new artists to check out.”

For artists, the problem isn’t just how to create an ad or set up a campaign. It’s evaluating what garners the right kind of attention, finding potential fans where they are most likely to listen. Though artists have long relied on social platforms and apps for advertising, these places are not necessarily ideal for music-specific campaigns.

“Most people look at an ad’s performance and see the clicks, and think the one with more clicks wins,” Breuner explains. “But that’s not accurate. For example, some people clicked but never bothered to go to your page, which happens on mobile a lot. You can look instead at the data for a streaming song like the ones used in our interactive ads and the key metrics are the bounce rate and watch time. If someone sees your video in passing in their feed, social platforms will count that as a view, even if it’s only lasting one second.”

Interactive ads lead to longer watch times and more genuine click throughs to an artists’ page. “We tested this feature extensively and found real differences in performance,” notes Breuner. “In the ads we’ve been running, the watch time percentage is huge compared to what a more expensive ad on a big social media platform would get,” one of the other main options for musicians looking to advertise to fans. The overall result: around 4x the engagement compared to similarly placed static ads at far lower cost than a social campaign.

This may sound like a minor deal, but for independent artists struggling to reach potential fans with their recordings, every cost saving and quality connection with a music lover can make a difference. “Promotion tools that make life easier for artists feel very important at a time when artists need to rely on recordings to keep afloat,” Breuner says. 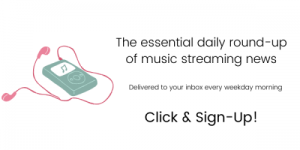