Livestreaming performances and experiences became The Thing in 2020, but the technology has existed for two decades. Founder/CEO John Petrocelli and the team at Bulldog DM were there at the beginning, mastering the technical and creative aspects of a medium just coming into its own, long before it was hot.

Brands, events, and extraordinary artists and entertainers have turned to Bulldog DM to stream their most important moments and connect with their fans or customers, be it via a major auto unveiling or a huge festival or awards show. Bulldog DM knows livestreaming inside and out, ensuring there is no single point of failure and no creative opportunity left unexplored. 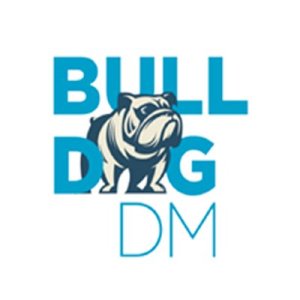 Bulldog DM’s clients have learned what the company has known for years: Shared experience is the heart of livestreaming’s power, despite current thinking of the medium as an extension of the nosebleed seats or traditional linear broadcasts. “Our mission is to transform viewers into participants. If you hire Drake and Lady Gaga and it’s just a webcam or surveillance video, you’ll get some viewers, but they won’t stick around or come back or invite their friends. Even if it looks and sounds decent, it’s not collaborative,” Petrocelli notes. “Participatory livestreams are, because they harness conversations, posts and community. They can include camera perspective switching, photo walls, graphic overlays, calls to action, trivia, schedule widgets and all the other cool tools we have at our disposal. When they participate, people watch 20% to 40% longer because they are collaborating.”

Petrocelli never imagined he’d land in Hollywood. He started off in business administration, but longed to apply his skills to more creative projects than traditional sales and management. Together with several tech and media minds from MIT, Disney, and Berklee, he started his first company in Harvard Square, combining new internet capabilities with the creative arts and tackling a range of innovative early internet projects. His interest in entertainment grew and eventually drew him to LA, where he deepened his knowledge of the industry working at William Morris Endeavor, the iconic agency.

“You can learn the entire entertainment ecosystem if you learn all the ins and outs in the mail room, who does what, where to deliver that script. When I was at WME, it was a time of consolidation and obsession with the internet in Hollywood. The whole industry saw what had happened to music with the filesharing disaster,” Petrocelli recalls. He realized there was opportunity in the challenge. “The logical meeting place was streaming. I decided to jump start a career in that universe.” 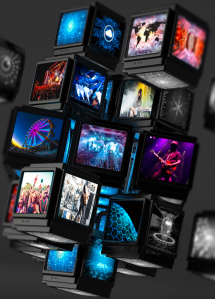 He did, founding a new company to expand the possibilities of livestreaming. Petrocelli aimed to bridge what was still a nascent, enterprise-level technology, translating it into something more approachable and widely available. His company became part of AEG, which brought Petrocelli a new learning opportunity in entertainment and broadcasting.

One often overlooked aspect of livestreaming is that the format is only as strong as the creative minds behind it, something Petrocelli understood long ago thanks to early collaborations with artists like Prince. Prince needed an online store for fans before ecommerce was widely accessible and Petrocelli helped him build it. “Being around an iconic artist like Prince was mesmerizing. He could be out there with his ideas, he could change his mind, but he was fearless and would try anything. Once he knew what he needed, he would take the risk and put it out there. It unfolded a new world, a shared experience.”

A key moment for AEG and its talent and events, Petrocelli saw, came with YouTube and its breakthrough success. “I saw the world going in a different way from linear broadcast and cable. Users were consuming that media on a device. We began working with YouTube, clients, and brand sponsors, and by ushering YouTube into the space, we were the engine of their livestreaming.” Petrocelli did not want to stop there, however. “It’s exciting to put a big festival like Coachella onto YouTube. But there were other platforms, and the content could live anywhere. I realized we could become experts in the industry.” Petrocelli and his team were some of the first in the space, and helped nurture the growing awareness and evolution of the medium.

The medium is evolving quickly. Bulldog DM has taken the lead on discovering and sharing best practices for livestreams, creating a range of turnkey services designed to support clients’ needs. From fully managed technical services and pay-per-view options to giving clients complete control thanks to microsites, to streaming across platforms or into novel environments like games such as Animal Crossing and Minecraft, Bulldog DM’s experience allows it to explore all the many possibilities for livestreams.

Petrocelli also helped iconic directors like David Lynch and Spike Lee create collaborative works in their signature styles, working with Duran Duran and John Legend respectively. The choices these directors made epitomized for Petrocelli how creative the combination of sound and image could get, that its power could extend far beyond the concert film or webcam. Bulldog DM brings this appreciation for and desire to cultivate truly innovative expressions to its livestreaming business.

In a moment when livestreaming has become both fad and commodity, Bulldog DM remains committed to quality and unlocking artistry and interaction first and foremost. Passive viewers are not the goal; active participants are. Petrocelli sees the future in this interactivity. It will change how we shop, how we experience artistic performances, and how brands create buzz. “Livestreaming at its best unlocks watch time; it’s not about viewer numbers,” Petrocelli reflects. “More watchtime means you have more opportunity to tease your product or discuss things or demonstrate your values as an artist or brand. That’s the real differentiator,” and the true power of livestreaming.